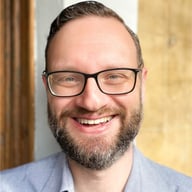 Lorenzo Murzilli leads the Innovation and Digitalisation unit at Switzerland’s Federal Office of Civil Aviation (FOCA). Described as a forward leaning leader in aviation, he is known for his unstinting efforts in international collaboration in the field of Unmanned Aircraft System Traffic Management (UTM) which are helping harmonise the construct across the world.

Click here to read the first part of this exclusive interview with Lorenzo.

Can you comment on the debate about what is an optional and what is a core service?

The European EASA Opinion on UTM defines some services as mandatory core services that any USSP should provide at any given time to ensure the safety of the flight. Our opinion is that all those services could be optional. From a Swiss ConOps perspective, we don’t see a need for mandatory services.

What is your take on the EASA Opinion that there should be one CIS provider and several U Space providers but that they can't be both?

This is one of these can of worms. From my perspective, the way the EASA Opinion is written now makes general sense but needs improvement. In the Swiss ConOps we don’t talk about Central Information Service (CIS) rather Central Information Function (CIF). This is a key distinction as multiple providers, including the Swiss FOCA, could contribute to the CIF.

When it comes to whether ANSPs or others can be part of the CIF and also be a USSP the answer lies in the ability to comply with the market regulation thus not abusing of any dominant position resulting from being an active player in the CIF.

We are therefore not against players being active on both sides.

In relation to your proximity to France, how do you think Switzerland’s cross border UTM will operate in that context when Europe is such a puzzle?

The whole point of the entire European effort is to try and harmonise all the different solutions that are being developed. For me the answer is then two-fold - on the one hand, we are in this building phase where we’re creating the systems from a technology point of view and also the regulation that goes around them. So the first need is to make sure that all the different authorities are involved and are cooperating and collaborating.

A good example of that is that we have already with France a collaboration agreement for ATM as you know, the Geneva ATC manages a large portion of French airspace and vice versa in Basel.

The question would be then how do you extend those kinds of agreements? The stability of the industry is achieved by using the same standards so the industry has a huge responsibility everywhere around the world to do that. If it does develop adequate standards and operational ties, then interoperability will be absolutely possible. Clearly the challenge is, if you don't develop to the same standards and you don't follow the definition, then yes, you will finish with multiple UTMs that will not be compatible but that's kind of a horror scenario.

You’ve certainly got a lot of cool things going on. What can we expect to see this year and next in terms of UTM and U Space development in Switzerland?

This is a very challenging question because of the unfortunate situation with coronavirus. Our plans to continue to build on what we did last year are being implemented even if slightly postponed. The bottom line is that the Swiss U-Space implementation is not something that I am driving as a programme manager directly because, as I say, we are not building a system but rather facilitating industries to build it from the bottom-up.

One thing we see clearly is that skyguide in collaboration with AirMap is digitising the approach to gaining approval of drone operations in the 5km range, so digitising the Special Flight Office.

There have been of course legal policy challenges associated with that but those are now resolved and the services will go live this fall providing value for drone operations that are occurring right now. For example, in Geneva, instead of having to go through a complex manual process of approvals, we could be benefiting from this digital way of approval.

That is certainly something in the pipeline. On the other side, last year we conducted a remote identification demonstration using the ASTM standard and through this demonstration we proved that the standard could be a valuable solution when it comes to functioning in a decentralised market.

So, this year, we would like to build on that and start to possibly see how far we can go with something like that but we need to check the technology and the standard. How much bigger and quicker and how many players? This has all to be decided.

It is always the same crawl, walk and run approach with all the different standards that are being created. So now, for example, in Europe we'll get working on geozones. EUROCAE is advanced in its geozone standard and there is an AMC (Acceptable Means of Compliance) that EASA is also working on for geozones. Of course, as soon as those standards are deployed we will want to see those geozones created in a U Space environment. We have also seen that ASTM is working on a strategic deconfliction standard - flight plan sharing if you like - and we will want to demonstrate that standard as well.

Another thing that is interesting for me and where we have been invited to do something about is a C-V2X concept document. I really want to understand how cellular connectivity can or will be used in a UTM environment to communicate to all the different actors from a spectrum point of view, from a technology point of view and also from a power usage point of view. This is something that a selected subgroup of SUSI members will help create.

At some point, USSPs will have to provide separation and it’s not only about information where the pilot is responsible for separation but it’s really about keeping flying objects apart which is one of the core services ANS providers supply already.

There is a huge safety requirement already able to provide separation but keeping two drones separate is something completely different. In terms of infrastructure at Swiss airports, are they able to operate that at scale in terms of coverage to manage separation everywhere? And secondly, are USSPs co-operating and playing along because the start-up technology culture is probably not prepared for the aviation safety culture?

The answer again is not an easy one unfortunately. The concept of separation in UTM follows a similar concept you have in ATM: strategic conflict management and tactical avoidance. From a strategic point of view, what we are seeing emerging from the different standardisation efforts and from the various discussions on the work is this idea about sharing the intent and not sharing the position.

Sharing the intent is something that can be done without necessarily having a huge infrastructure because intent is like having a 4D flight plan that is deconflicted before the flight.

This is one of the ideas around the ASTM standard on flight plan sharing and deconfliction. Clearly, there, the big challenge is the algorithm that deconflicts because it’s easy to share but it’s a completely different story to end up with a deconflicted or conflict resolved airspace at any given point in time.

But this is a shift from the past where we needed the position in order to deconflict. So this is a first step. The second step then is the tactical aspect of deconfliction. Now, there is one of the most interesting challenges of all and the reason is that this tactical deconfliction can be made in a variety of different ways.

The variety of concepts being developed for DAA range from on-board video or audio detection to ground based surveillance infrastructure: portable radar or even modified 5G antennas.

Alternatively, vehicle-to-vehicle communication could allow a much more flexible and decentralized approach to deconfliction without with drones deconflicting themselves directly in the sky without the need for any big infrastructure.

The challenge with all these different concepts is that they are still being developed so therefore we don’t know which one is going to prevail. We don’t know if tomorrow someone is going to invent a solution that weighs 50 grams and is going to go on every drone or whether you will need a 5G local network around your drone to spot other drones and avoid them. This for me is very interesting because this is all really still in the R&D phase and conceptually I can see the approach of the intent sharing and then tactical deconfliction but I still need to see this deployed but I have still not seen a system in place, absolutely not.

Wouldn’t it be a matter of traffic density because if my intention is to be within five miles of that place for ten minutes, it’s fine as long as the traffic in that city is low. If you go higher traffic densities, then 4D trajectories take almost two and a half minutes.

That’s not to mention the very ‘in’ topic of fairness. If you now have an algorithm to deconflict, how do you make sure everyone has fair access to airspace and more importantly, how do you audit them if someone makes a complaint? Those are all the challenges surrounding this new digitalised world.

All these standardization bodies are taking the elephant one bite at a time and the authorities are just looking around and saying ‘I agree with that direction’ or ‘no, I think that is completely the wrong direction’. But I think here, it is a question of managing expectations.

It is not going to happen overnight that UTM will be able to safely deconflict every flight. It’s really something that will be introduced service by service and the maturity and how far a given service can go will then have implications for the other sectors.

If everything is strategically deconflicted, there is very little need for tactical deconfliction. But if I can’t achieve that then of course tactical becomes increasingly important. And so the balance between these two has to be found and it is a function of traffic, is a function of precision, environment – so there is a lot to study in doing all this.

What is it like working together with new, hi tech pushy industry and the regulator that can sometimes be ‘old school’? It sounds as if you have found the balance between the two.

The challenge is that even on the industry side, the environment is very varied. For example – when we say we are working with a start-up which is entering this market, yes, I have many start-ups I am working with here in Switzerland. We provide them guidance, try to make sure they are going in the right direction with the development of their products.

One of the interesting things with companies new to aviation such as Wing or Amazon is that - while the incumbents would say they don’t know very much about aviation safety – actually, they do because their software, their servers and pretty much all of what they do is developed safely albeit for different reasons. It is a different way of doing safety than that used for aviation but this does not mean that it is worse.

The challenge is how to make all the pieces of this puzzle work together – from the start ups all the way to the likes of Alphabet and Airbus - in the same environment. This is the most interesting thing for me. But overall, I can confirm that it is working very well.

Interview run by Vincent Lambercy. Captured in video, then transcribed, written and edited by Aimee Turner.