The COVID-19 crisis is unprecedented and it will hit many parts of the global economy. Air transport is no exception and airlines are the first being affected, because they are at the front line, carrying passengers. But now, flight bans are established and demand vanished. This is where solidarity across the industry is put under pressure. Airlines threaten to not pay for the ATC fees for February to try rescue themselves from bankruptcy...

Air traffic control providers are paid for each flight they control and the drop in traffic means a direct drop in revenue for ANSPs. In Europe, the billing system runs via EUROCONTROL. The Central Route Charges Office collects fees from the airlines and re-distribute the money to the local ATC organisations. This takes roughly a month and the fees for February are due mid of April. 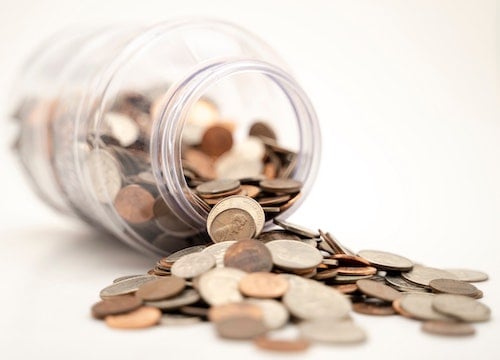 CANSO, the organisation representing ATC, highlighted the issue in their latest press release. ANSPs have fixed costs and can not shut down their operations, like airline are doing. Some flights are still operating and they need ATC to ensure a safe and efficient flow of traffic.

Moreover, ATC will be impacted anyway as their income for March and April will be strongly reduced anyway. Airlines not paying for a service actually rendered in February would mean one extra month of lower income for ANSPs - in a totally unexpected situation.

Air Traffic Control organisations are subject to strong regulations, they can not set their prices freely and some are now private organisations. States will likely have to intervene to help save airlines, airports and possibly ATC service providers. If public money is given to the industry, will it come with public control, too?

We are still in the first week of strong traffic reductions in Europe. The old tensions caused by divergence of interests between airports, airlines and ATC continue to put their strain on the industry. Last week, it was the "use it or lose it" rule on airport slots causing trouble. Now airlines call ATC fees "fiscal burden" and want to push their payments back or just get the fees waived.

Airports are equally affected. Their revenues are on a per-passenger basis and the non-flying related activities like shopping, air-side or land-side are also running idle because of the crisis.

Crisis apart, the whole industry was making great steps lately and got better at working together. Initiatives like A-CDM demonstrated that the best results are achieved when airports, airlines and ATC share data and work hand in hand. There is a strong trend towards data sharing across players to improve the aviation system as a whole. Could this crisis slow down this trend? Will each party fight for themselves, even if this means putting others at risk? Or will aviation go through this as one?

Now is not the time to find a new funding model - now is the time for survival. But what will happen in a few months, when business will restart? Will the industry learn from this crisis and will a new funding model for airports and ATC be invented? Only time will tell...